Cambridge is one of the UK’s most dynamic property markets (after London), helped by its location, successful economy, laid-back lifestyle, huge student population and varied housing stock.

Families love its mix of nearby countryside, brilliant sports and activity amenities, city-centre cafes and restaurants and its 90-plus designated play areas, green spaces and parks.

Such popularity has created strong demand for homes here in recent years, helped (during 2015) push up prices by over 10% a year, being nearly twice the national average.

The city is particularly popular with London workers escaping the capital with their families, as well as professionals arriving to start jobs at the city’s two Universities, science park, and hospitals.
There is also a smattering of celebrity, for example, Bill Gates to be seen in town from time-to-time keeping tabs on his £100m Gates Cambridge scholarship programme.

But the first question I’m often asked is not always about property. Instead families arriving in Cambridge want to know where the best schools are; as my clients usually concentrate on getting their children into a school first before trying to find a home.

It’s not an easy task. Recent research revealed that 46% of state schools in the UK have more applicants than places, and Cambridge very much reflects this.

The most popular areas in Cambridge with access to the city’s best schools are all to the south and east of the centre and close to the main train station, which in the past few years has undergone a major regeneration. One area is Mill road, a long thoroughfare bisected by the railway with two distinct quarters – Romsey Town ‘over the bridge’ and the streets nearer the centre such as Tennison Road and Glisson Road. Both offer good sized family homes within walking distance of the railway station, the town centre and a large choice of schools.

Another area of Cambridge that’s popular is the grid of streets between Hills Road and Trumpington Road, to the west of the city. These roads are treasured because they are both leafy and quiet but not far from Cambridge railway station. The prettiest of these streets, Chaucer Road and Latham Road, are the most sought after because they offer larger, detached houses and are within the immediate vicinity of a great number of both primary and secondary schools.

But if you’re looking for the next hotspot in Cambridge then many people seek the area close to the city’s Science Park, which is soon to be served by a new railway station at Chesterton Sidings. When completed, this is going to drive up demand for homes to the east of the new station, which will be adjacent to the huge Science Park, home to big global businesses such as Toshiba Europe.

Which village you choose will depend on your London station destination. So for example Great Shelford, or Whittlesford, offer access to Liverpool Street station, while villages such as Shepreth or Foxton hold the fast track rail link to Kings Cross in under 1 hour.

The rural areas like this around Cambridge have fewer primaries but plenty of secondary schools, however do keep in mind that if you want your children to attend an independent school you must be prepared for, at times, a rather long drive into Cambridge.

So if you are considering a move to Cambridge and would like to know more about how Garrington can expertly guide you, please get in touch for a no obligation initial discussion. 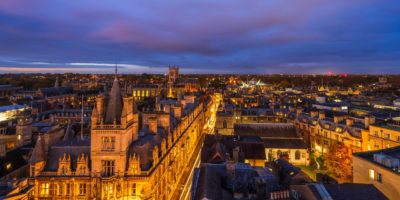 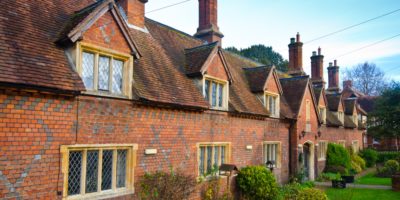